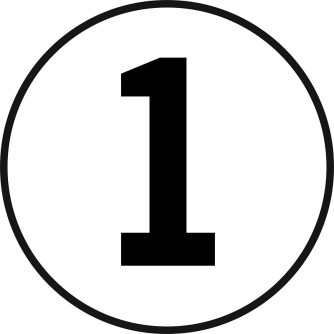 So, this is it. The first post. The pioneer. What to write? What to say?

It all started around the year 2012. I was depressed, anxious and my life was headed in no direction whatsoever. I was in an unhappy long term relationship that I felt trapped in because of the fear of what other people would say if I was to walk out. Get your head around that! In hindsight I should’ve finished that relationship many years previous but instead we decided to get married thinking it would fix all our problems. You guessed it, it didn’t! It just made things much harder to escape. At home I was jealous, had anger issues, hated the world and was very irritable – a true joy to be around! Out and about I was quite the opposite (with the occasional shout at someone… when they deserved it).  Of course I was unhappy. I was battling two personas – the person that I was and the person I wanted to be. The angel and the devil on my shoulders. The sinner and the saint. The good and the bad. The happy and the sad. The cool and the jealous. The hard worker and the lazy. The energetic and lethargic… You get what I mean.

I started reading a lot about the power of our mind, the power of brain waves, the power of medicine like ayahuasca, meditation and the benefits of practising it amongst many other things. After doing plenty of research I soon made my mind up that the mind is much more powerful than we make it out to be and that the mind and our thoughts have a huge part in creating our reality. Sounds crazy I know, but taking anti depressants sounds MUCH crazier to me. It’s simple – what you put out, you will receive. If you think negative things, you will attract negative. If you do things with bad intentions, bad intentions from others will find you. Our brains is like a magnet attracting everything we decide to let live in there. Yes, our brain is a muscle and has chemical processes but our mind and consciousness is much more powerful than that and with it we can alter the connections that are already made in the brain.

Not knowing where to start and having attempted meditation on my own, I soon found out that it’s called a discipline for a reason. If I wasn’t falling asleep almost every time, I’d be thinking of what I was going to have for dinner, or the guy that barged me on the train, or where I want to go on holiday in the summer, or how I can win that argument that ended the previous week. Bottom line is that it was impossible without some sort of guidance.

Someone I had met on a night out in London around 2014 who I was not aware was into any of this posted about a workshop he was conducting about changing our mentality and subsequently our reality – all done with meditation at the centre of it. This was it for me, it was my chance to learn from someone that seemed to know what he was talking about and was good at explaining it. So I went this workshop and from then on, my mental state and attitude changed forever. Everyone would think that this is a quick process, but to let go of a lot of your beliefs and to rewire your brain is extremely hard and takes a lot of effort and conscious decisions. What I mean by this is that as you start becoming conscious of everything that you do and how you react to everything around you, you can then start making conscious changes to those situations instead of being some kind of unconscious robot acting on anger, fear, etc.

I had started my journey of self discovery after the mentioned meeting / workshop but it wasn’t until 2015 when my then marriage disintegrated (a lot to do me) that I really started taking this much more serious as I consciously realised I was very difficult to be around. As heartbreaking as this situation was, I approached it with a much better mindset than I would have done if I had not already been exploring my mind. I was devastated but I had been studying Buddhism and many of their teachings say that you are only where you’re supposed to be. In other words, the universe puts you where you belong when you belong there so you can learn that lesson and move on. Not saying that I didn’t care, because believe me I did but there is also another buddhist saying that helped me that says “pain is inevitable but suffering is optional”. Of course I was deeply hurt by this situation but it would be my attitude towards it that would help me get over it. I learned that when you truly love someone, sometimes the best thing is to let them go as hard as that can be. A much simpler way to see it is that if it is not meant to be then it can’t be. I learned to forgive myself for many things that happened in that failed relationship because I was only doing the best that I could at that time with what I knew. I learned that you have to live in the present moment and not in the past or the future because they don’t exist. I once read something that said “your present is a creation from your past”. With that in mind, if you want a better future you need to live a better present! I learned that everything is temporary and nothing is forever, be it pain or joy. In my case it took around two years from that initial workshop situation to really start noticing changes in my thought process and attitude towards situations and how I handled them. I had spent a lot of time reading and learning about Buddhism, the human mind but most importantly applying them in real life. If you don’t apply what you learn then you never really learned it.

My next post, funnily enough, I wrote before I finished this one and it interlinks with this one but is more work focused and how I went from literally earning £1500 a month to low five figures on a bad month in the space of 4 years.

These are all questions I don’t fully know the answer to yet. My intention is to write about things and / or people that excite me, interest me, bother me, annoy me, inspire me, teach me… things that I would like to do, that I’ve done, that I’m doing, anecdotes, lessons, learnings, books I read and anything else that dares to cross my very convoluted mind.

When will I stop writing? I don’t have a clue…

Anything I write is not to be taken too seriously as it is my own opinion and everyone is entitled one. We don’t have to agree, like each other, or even read each other’s stuff. Simply, if you don’t like what you read just move along and let me be. If you have nothing nice to say, it’s better you don’t say it as it creates negativity in your world and your world only. I have a lot to write about this at some point too!

I’m not a professional writer in any way, shape or form so try not to take my writing “style” apart. This is my first ever attempt at something like this so please be gentle. HA!

Welcome. This is LIFE IN MY WORDS.